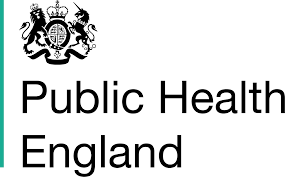 Health leaders in St Helens are supporting the first cervical screening advertising campaign in England, as the number of women having checks nationally has hit a 20-year low.

Health leaders in St Helens are supporting the first cervical screening advertising campaign in England, as the number of women having checks nationally has hit a 20-year low.

Figures released to support the campaign show that over 100,000 women in Merseyside aged between 24 and 65 were not up to date with cervical cancer screening at the end of March.

Although women in St Helens were the most likely in Merseyside to be up to date with cervical screening, with 73.6% tested by the end of March 2018, this is the area’s lowest rate in six years.

St Helens Director of Public Health, Sue Forster, said: “Around 2,600 women are diagnosed with cervical cancer in England each year, and around 690 women die from the disease, which is 2 deaths every day. It is estimated that if everyone attended screening regularly, 83% of cervical cancer cases could be prevented.

“I would strongly urge women in St Helens to respond to their cervical screening invitation letter invitation letter, and if they missed their last screening, to book an appointment at their GP practice.  It’s quick and painless and is nothing to be embarrassed about.”

The new campaign - being run by Public Health England (PHE) - avoids the term "smear test" amid concern it may be putting people off and hopes the term ‘cervical screening’ will "normalise" the procedure.

Adverts will run on TV, radio and online for the next eight weeks.

The campaign stresses the screening is basically a health check for the cervix and shows a woman being reminded by family members and friends to go for testing. Figures last year showed just over 71% of women nationally aged 25 to 64 had been screened at regular enough intervals.

Professor Anne Mackie, Director of Screening Programmes at PHE, said:  “The decline in numbers getting screened for cervical cancer is a major concern as it means millions of women are missing out on a potentially life-saving test. Two women die every day in England from cervical cancer, yet it is one of the most preventable cancers if caught early.

We want to see a future generation free of cervical cancer but we will only achieve our vision if women take up their screening invitations. This is a simple test which takes just five minutes and could save your life. It’s just not worth ignoring.”