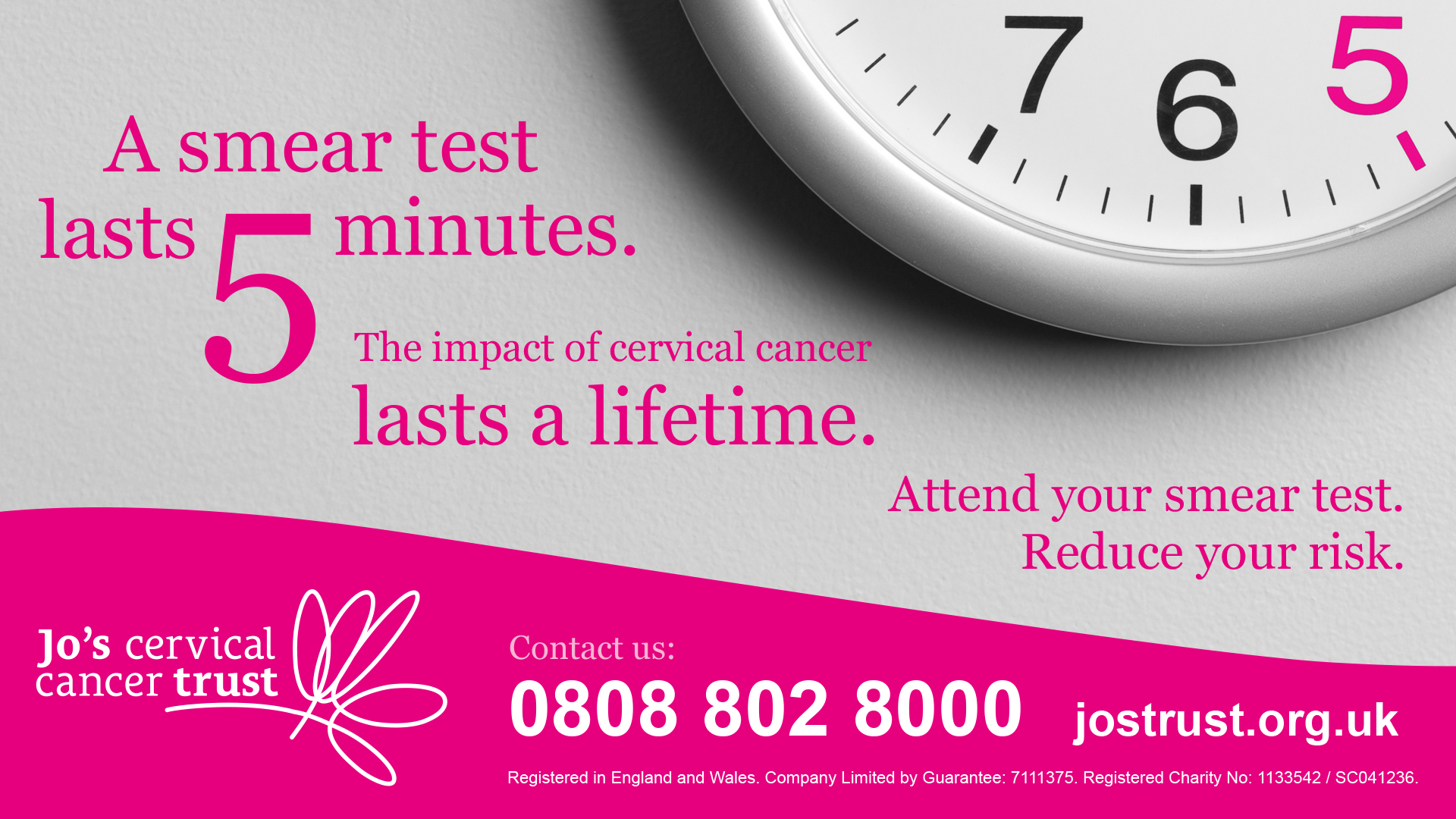 Every day 9 women in the UK are diagnosed with cervical cancer and 3 women will lose their lives to the disease.

Cervical cancer is the most common cancer in women under 35 but is largely preventable thanks to cervical screening and the HPV vaccination programme.

But, statistics show that the number of women aged 25-29 years of age being screened for cervical cancer is the lowest in any age group and numbers attending for screening are falling year on year. Surveys undertaken by cancer charities indicate embarrassment and a lack of understanding of the causes of cervical cancer may be behind the fall in numbers attending*.

The number of women dying from cervical cancer has halved over the past 28 years as a result of the NHS screening programme as well as improvement in treatment.

Nigel Acheson, NHS England South Region Medical Director and lead for Cancer said: “We have noticed a fall in attendance of younger women over the past few years, and this decline in attendance for screening is now linked to showing a rise in the incidence of cervical cancer in women under 35.”

NHS St Helens CCG, together with NHS England and Public Health England are supporting European Cervical Cancer Prevention Week which runs from January 22-28.  The week aims to raise awareness of the importance of cervical screening and its role in preventing cancer, as well as encouraging women to go for their screening test when invited.

Mr Acheson, who is a consultant gynaecological oncologist  (a specialised field of medicine that focuses on cancers of the female reproductive system) added: “It is really important for young women to understand the importance of attending cervical screening as it can detect pre-cancer abnormalities, which, if left untreated, may develop into cancer. Screening is for people without symptoms as a preventative measure.

“The screening test is relatively simple, takes about 5 minutes and is performed by the Practice Nurse at your GP Surgery.  95% of results will be normal and of those that are not, the vast majority can be treated very easily and will never develop in to cancer.

To find out more about how you can get involved to support this campaign, check out Jo’s trust.